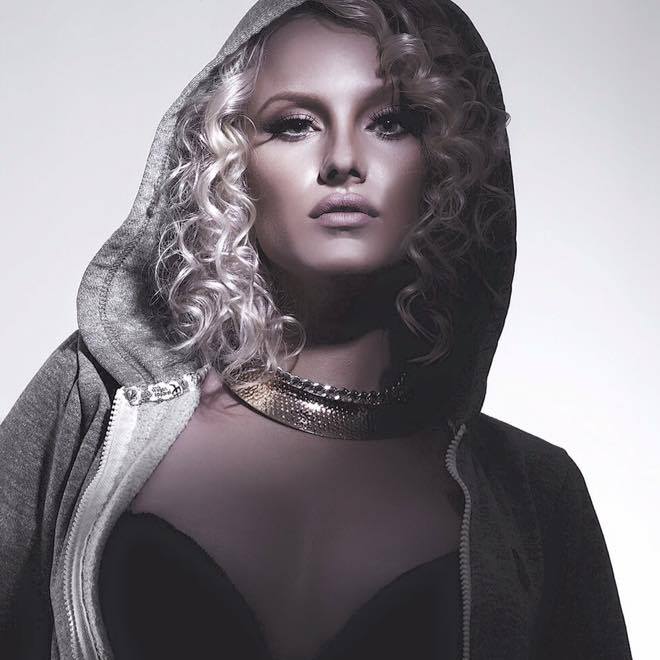 Eliza’s sultry style of rap influenced RnB has been steadily gaining attention from the epicenter of her home in Vancouver. Following the success of her initial EP “Born Knowing”, Eliza is proud to release her debut full length, ‘Paradigm’.

Eliza first garnered commercial attention in 2011 with her Snak the Ripper featured track, ‘Right Now’, which achieved heavy rotation on The Beat, 94.5fm in Vancouver and later won her the “Best in BC” Contest at Virgin Radio.

Eliza has toured extensively in North America and Asia and has been called on to share the stage with Juno winners K’Naan, Swollen Members and Jully Black, along with hip hop legends, B-Real of Cypress Hill, Jadakiss, Juicy J and Wu-Tang’s Raekwon.

Raised on Gabriola Island, British Columbia, Eliza has been singing since age five and performing and writing her own songs since her early teens. Always striving for growth, she continues to empower her vocal range through her determination to learn and challenge her talents.

Her drive to succeed has been compounded by a series of deep personal losses. At 18 her brother and biggest supporter was senselessly murdered. Just a few years later, her father died in a work-related accident. In the face of the fragility of life, Eliza threw herself into the music, letting the creative process guide her through the pain.

The personal struggles have led her to think beyond her own career as well. In memory of her brother she built the “Ride Free Community Association”, a non-profit that has put on seven massive benefit concerts to fund a skate park for Gabriola Island, BC.

Eliza is assisted on Paradigm by performances from hip hop heavyweights Kyprios, iSH and Jigz the Flyer.